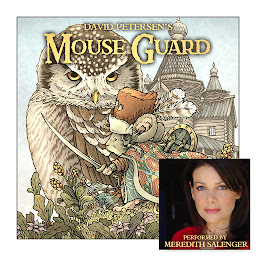 I wrote and illustrated a new Mouse Guard short story called 'The Owlhen Caregiver'. Like many of my other short tales, it's a story within a story as a member of the Guard receives a moral parable when they are young that shapes who they are as a Guardmouse.
As part of my ONLINECON event in August of 2020, the story was performed aloud by Meredith Salenger as I displayed the page art on the screen. I've edited that recording so that anyone who missed it, or would like to hear it again, can watch the video on YouTube.
Direct YouTube Link:
https://youtu.be/ow46ruvYlVo
I also wanted to share a little 'Making-of' inspiration for the story: 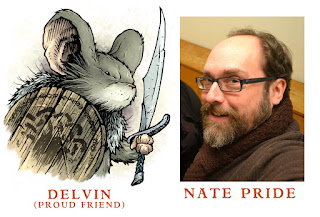 The young character in the tale is Delvin--who is based on my friend Nate Pride. The name Delvin actually means 'Proud friend'. I started writing this story years ago about Nate and his mother caring for  Nate's father at home in his final days--as many of you know, I ended up also caring for my mother for three years, and it was her death at the start of 2020 that prompted me to get the story finished.
Nate is a very generous and caring person. It's why Delvin's Instinct in the RPG is to care for the needs of others above his own. He sums up the nature of service I created the Mouse Guard for. And this tale helps instill where the mouse Delvin may have learned this lesson.

For the exterior of the northern edge of Flintrust, I wanted something that looked peasant-like––Russian peasant to be exact (see below for the inspiration for the tale within a tale's visuals). So my mind went to Anatevka, the setting of Fiddler on the Roof. I found some modern day photos of the filming locations for the movie in the former Yugoslavia now Croatia. These buildings became Delvin's town. 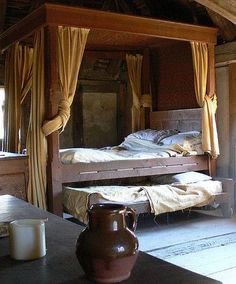 The interior bedroom of Delvin's home were referenced from photos of Bayleaf Home at Weald and Downland Living Museum in Singleton, West Sussex England. I found the images via a Google image search for 'Medieval bedroom', but later learned about the Bayleaf home in a UK history show called 'Tudor Monastery Farm' 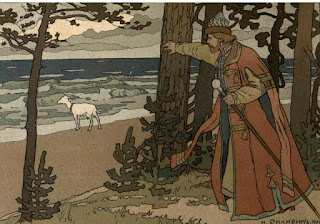 As I often do with these shorts, I used the tale-within-a-tale to explore some other kind of visual style. I've done this with marionettes, embroidery, and illuminated manuscript before––this time I referenced the Russian illustrator from the early 1900's: Ivan Bilbin. 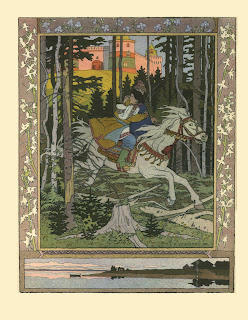 Bilbin's work reminds me of Arts and Crafts block prints and tiles––though he's usually more associated with the Art Nouveau movement. His illustrations were often framed in elaborate borders (sometimes stylized--other times natural drawings) that enhanced the theme or tone of the piece. 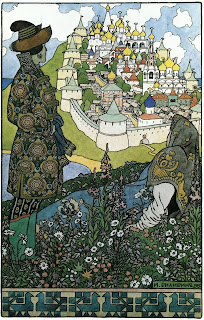 This is my favorite piece of Bilbin's. I love hop the open spaces balance against the tigt groupings of patterns and floral ground cover. I copied the pattern on the standing figure's coat as the cloak for the Owlhen's mouse. 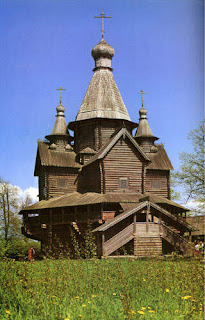 And lastly, the Owlhen's home was based on photos I collected of the Church of the Nativity of our Lady of Peredki which is now found at the open-air museum Vitoslavlitsy in Veliky Novgorod, Russia. I replaced certain sections of the timber walls with nesting to get the pint across that an owl lived here.
Posted by DPetersen at 9:00 AM