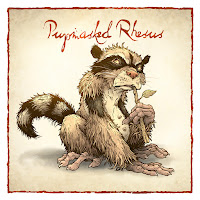 Last Friday on my Twitch Stream, we did the fourth community draw-along event #DrawTheExtinct where I posted an image from an old block print I made with a few animal photo inspiration prompts and the idea to create an imaginary extinct animal. I worked on my piece live on my Twitch stream while viewers worked at home and then on Monday we shared our finished pieces.

Here is my finished Pupmasked Rhesus. And below are my steps to create it as well as the community submissions. 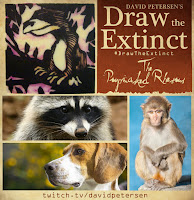 We started with the prompts of my original linocut print from a piece titled 'Extinct' as well as a Rhesus Monkey, a Raccoon, and a Foxhound (though I told people to use other monkeys and dogs as inspiration points if they wished . I named the creature 'The Pupmasked Rhesus'. I told the viewers that they could use any combination of the inspiration prompts––they could make their version as cute and cuddly as a pocket pet stray kitten, as monstrous and deadly as a giant kaiju destroying cities, or anything in between. I also wanted this to be an excuse to get their pencils moving. I invited all skill levels, because I'm a firm believer that you shouldn't have to be good at something or pursuing mastery of it to just simply enjoy the act of it...and art is no exception. 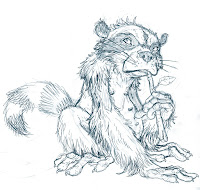 On the Friday stream I started with mechanical pencil on a sheet of copy paper to draw the creature. I outgrew one sheet of paper and taped another piece on to the side so I could finish the raccoon inspired tail. The image here is after I'd scanned my pencils and decided to enlarge the dog-ish muzzle and nose. I also enlarged the entire head after that first adjustment in Photoshop.

I didn't want this version to just be a copy of my old print, so I played more with the head shape trying to pay more attention to my prompts than be sentimental about the old piece. 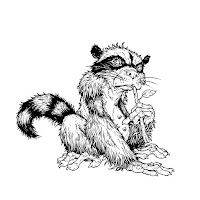 With the pencils scanned and adjusted, I printed out the image and taped it to the back of a sheet of Strathmore 300 series bristol. Using a lightpad, I was able to see through the surface of the bristol as I inked the Pupmasked Rhesus. I used a Copic Multiliner 0.7 SP pen to ink the art.

Most of the inking was pretty straight forward other than figuring out how dense to make the black furred areas around the mask, ears and tail stripes. I didn't want to go solid black, but I didn't want to fiddle with too delicate of hatching textures either. 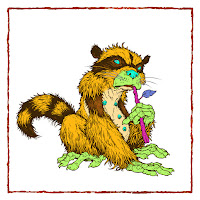 On stream, I not only finished the pencils and inks, but was able to scan the inks and proceeded to the color flats.

Because I was in a rush towards the end of the stream, I didn't want to be precious about my color choices, so I went with obviously wrong invented color choices. Garrish ugliness that offers the benefit of making sure I've colored within the lines.

Below you can again see the final rendered corrected colors with a border and type applied. 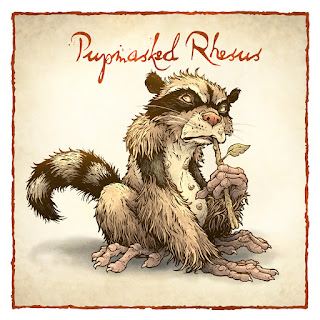 But, as this is a community event, I wanted to share all the other entries posted in the Discord (some are works-in-progress I've been told). I awarded a prize and we voted together on a few more (prize winners marked with *) on Monday's Twitch stream and we all enjoyed seeing what each other had done. I hope we get even more participants next month (first Friday!) 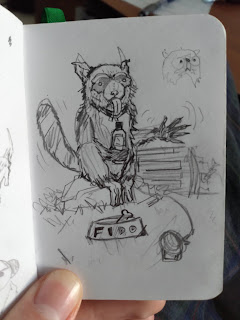 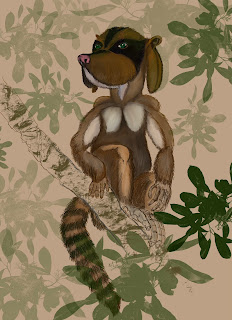 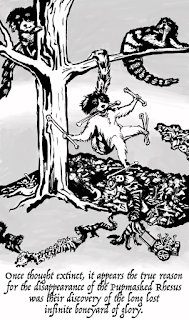 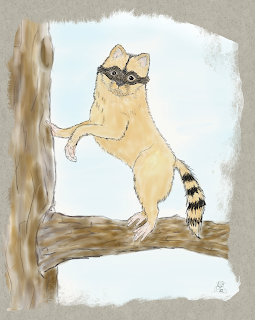 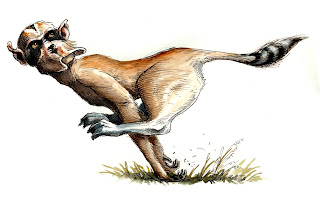 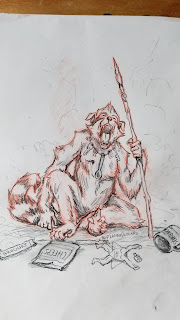 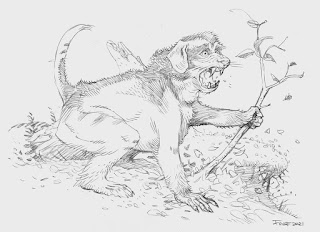 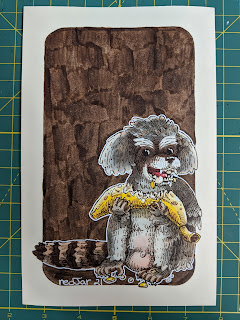 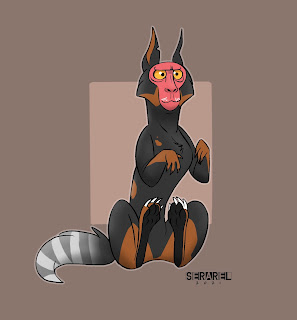 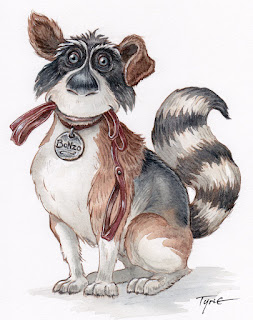 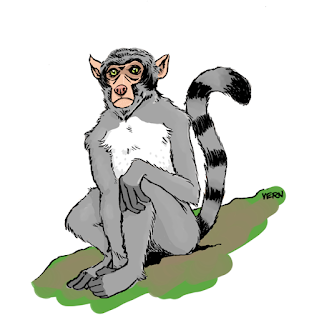 Thanks for sharing the blog it's very useful and informative. You also explained the topic very well. For any requirement of Biology Homework Help, you can connect with LiveWebTutors and find the best solutions to submit your assignment with premium writing quality.